A Small Glimpse of How Twitter Impacts People, Part 2 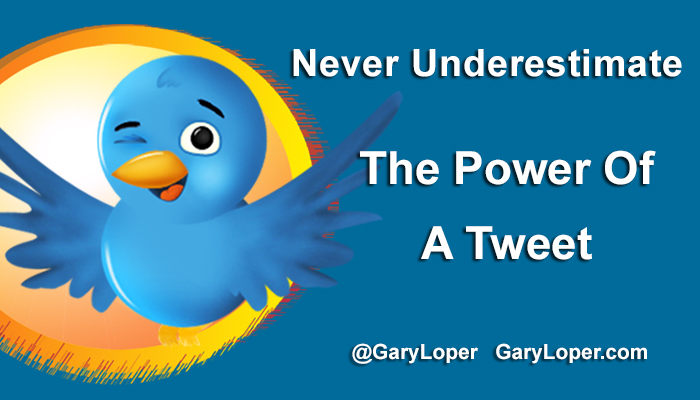 I firmly believe that utilizing Twitter is the most effective delivery system available to make this type of impact. With very few rules and limitations imposed upon us by Twitter, we can create connections with people on the other side of the world or across the street.

HERE ARE SOME MORE STORIES:

~ Here is an example of someone else’s sweet love story:

One person lived in Northern Europe. The other person who lived in South Africa stumbled across their tweet. They began to communicate. And in a brief time, a relationship formed. Shortly thereafter their long distance ‘Twitter’ relationship turned into a real life romance with a move to South Africa and a new life together. Love discovered in a tweet!

~ Here is a story about a miracle:

A Tweet from a family member, perhaps in a final attempt to find a kidney donor for a child, received thousands of responses and a perfect match was found and the transplant was a success!

~ I received this email message from a follower, who responded to a question I queried about how Twitter changed their life. It is astounding what the perspectives of those in other countries can remind us of how blessed we are, here in the States:

As a matter of principle, I don’t watch television nor listen to radio. And spend most of my time in solitude. Therefore, the internet and remotely twitter, is a huge part of my life. In this part of the world (Nigeria) where getting relevant information is akin to the holy grail, I have found twitter a reservoir of knowledge. Where a seeking-mind can draw from its wealth of abundance. More so, as one who is in the business of human development, I have found lots of very useful tips on human development handy. Could I have been able to get those information elsewhere other than twitter? Not very sure!! When you follow the right kind of people on twitter, there’s hardly anything on life you will miss out from. Ranging from beauty tips to diet, inspirational to quotable quotes, history to wisdom nuggets. To name but a few. In a nutshell, I have learned in 2 years using twitter what 10 years of rigorous study couldn’t have fetched me in the physical world. Thank you Gary for being a part of that experience! 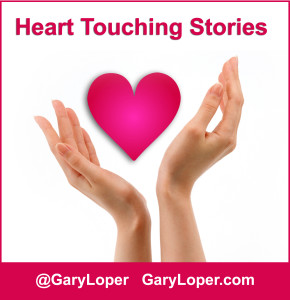 Two of the most heart touching stories that I have experienced:

Over the years, I’ve developed connections with many people in my audience, a recognition of their continual retweets and comments opens the channels of communication beyond the initial engagement. It is over time, by continually sharing positive messages that their trust is established to share some very private details of their life.

1. A woman had occasionally reached out via tweets, and Direct Messages with questions that led me to believe that there was more below the surface. Over time, 12 to 18 months, she would pop in and out of conversations with me. Then one day I received perhaps a dozen Direct Messages from her explaining in detail the horrors she experienced in a physically abusive domestic relationship. At first, I did not know what to do or say – wondering what could I do to really help her several thousand miles away. Then a message was delivered to me on a higher level – ‘God does not call the qualified, he qualifies the Called.’ I recalled another Twitter friend who went through a similar ordeal, and has made it her mission to help other women find help and representation they need to save their lives. Within a couple of tweets between Florida, Massachusetts and California, we were able to guide this woman to a safe house and to a new beginning in life.

2. The story with the biggest impact for me on how a Tweet can change the world came from a young lady who asked if she could send me an email. This was not an unusual request, and I did not think anything of it, until the next morning when I opened the message and I was frozen in front of my computer for a long time. I was completely surprised by her story. To protect her confidentiality and confidence in me, I cannot share any specifics of the story. Although I am certain – you’ll feel the impact.

Her first message to me opened with her gratitude for ‘saving’ her life. I was absolutely stunned by her very short note about how one of my tweets saved her life.

I heard God calling me again.

I gathered the courage to inquire what tweet it was, and how it ‘saved’ her life. 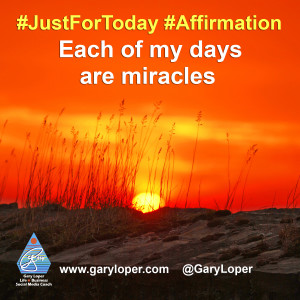 In her return message she opened up to me that she was contemplating taking her life, tired of the complications and pain she was experiencing from a severe medical condition. She mentioned that when she saw one of my shared daily #JustForToday #Affirmation messages, something touched her to change her mind and stay amongst the living, and to use her experiences in dealing with her condition to assist others affected the same way to ease their journey.

For a brief moment my head swelled with pride. But soon came to a bigger understanding that it was not totally my doing. I had set that tweet into an automation program to randomly share a bundle of tweets one-at-a-time throughout the day – part of my Twitter strategy. There was a bigger force at work that posted that tweet at the exact time when this young lady, in her darkest hour, looked at Twitter and discovered the message her Soul was trying to get to her that her work was not done.

I want you to look deep inside yourself and uncover your heart’s desire to serve others. When we make our audience’s needs our primary reason for being on Twitter or in business, they will feel our authentic being reaching out to them. When we have earned their trust through a prolonged presence, they will provide us opportunities to serve them in ways we may have never imagined – but have been preparing for our entire life. 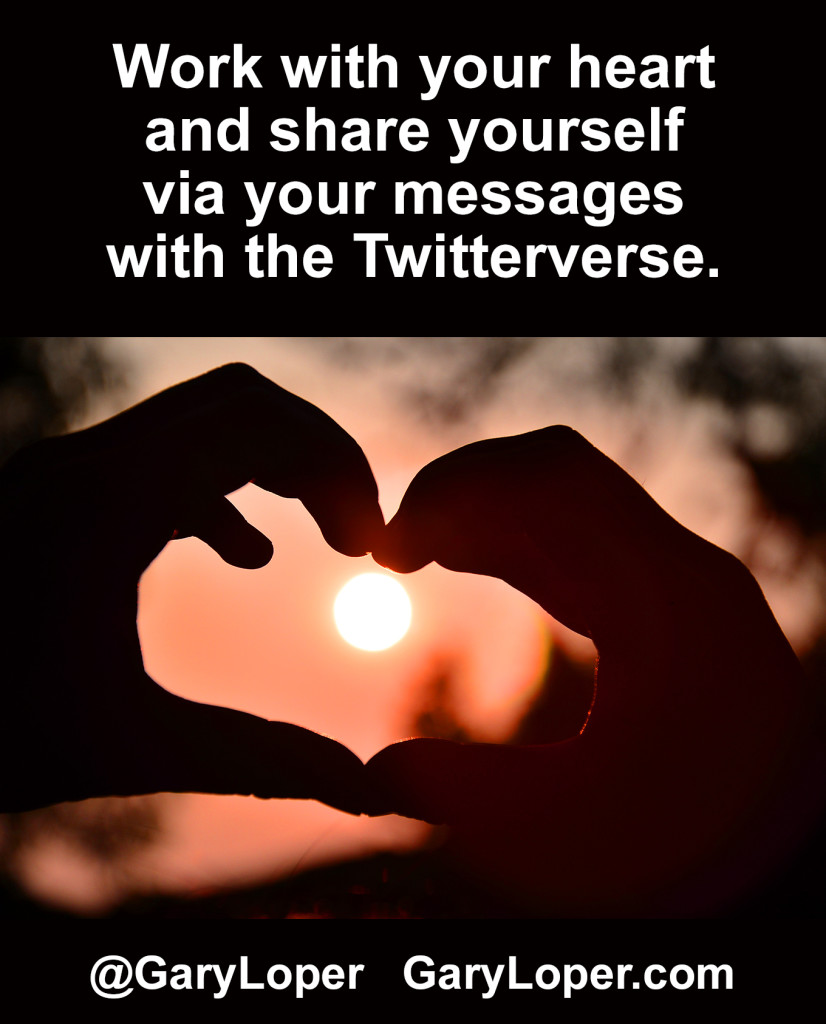 In today’s social networking world, where there are countless numbers of people providing similar answers to their prospect’s needs, wouldn’t it be refreshing to work with your heart and share yourself via your messages with the Twitterverse and beyond? It would be viewed completely different from all of the others who are pushing their offers and links with every message – who do not seem to realize that asking for a sale before a relationship is established is a recipe for an unfulfilling relationship for both individuals.

Look for ways to add additional value to the people you serve with your messages on Twitter. An often overlooked method of adding more value to your community – something so simple, yet massively powerful in creating goodwill is building trust and rapport and establishing a positive mental image in the minds of everyone reading your tweets.

If you need help in posting inspirational messages, feel free to connect with me and join my Twitter Management Posting Program.

Read A Small Glimpse of How Twitter Impacts People, Part 1.

This article was posted in Bellésprit magazine. The magazine content features topics of inspiration, guidance, personal experiences, and spirit messages all leading our diamond in the rough to healing and growing into the best ‘diamond’ we were meant to be. Be sure to subscribe to Bellésprit Magazine, a wealth of information.