Are You Attentive to the Needs of Your Twitter Followers? 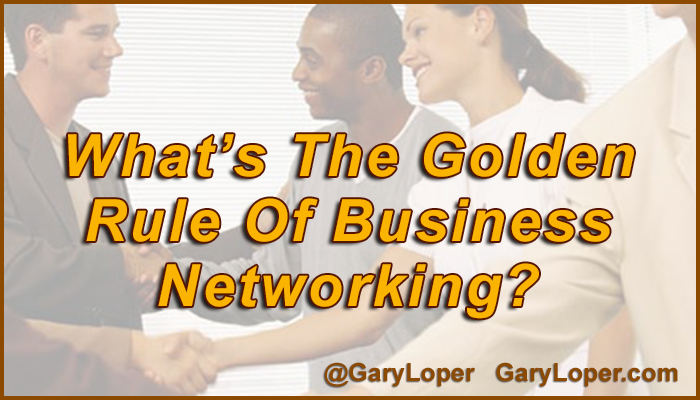 The massive question is “How can I differentiate myself on Twitter from all those other people doing the same type of business I am doing?”

The Golden Rule of Business Networking is “People will do business with and refer business to, those people they know, like and trust.”

Creating trust and rapport is our biggest mission on Twitter. For those who embrace this process, you will be rewarded in many ways. In making the needs of others our main focus and always coming from a place of service, we will attract a legion of ‘Followers’ who will see us as an answer to some of their biggest life or business questions.

Being on Twitter since 2008, over time I have watched and learned from thousands of experts, coaches, authors, speakers and therapists on some of the best practices to follow on Twitter, as well as far too many examples of highly questionable tactics. All of which and combined with my 40K+ hours of personal and business development training, 35 years of customer service work and 20 years as an entrepreneur has opened my eyes to some incredible ways to connect with our audience in ways to enhance their lives.

It is from all this experience that I realized an even bigger application for using Twitter. In applying this mindset into your Twitter strategy, you can, we all can truly make the world a better place, one tweet, at a time.

Allow me to share a little of my Twitter story, and the stories of others I encountered along my way across the Twitterverse to show you the power of a single tweet.

After sending my first tweet in September of 2008, like many other early adapters to Twitter, I was trying to figure out how to use it and how it would improve my life and business. Although it wasn’t clear on why, something spoke to me that Twitter would be something huge and worthy of investing my time. Just a couple months later, the position I had was eliminated and 90% of my income and emotional fulfillment had vanished. I have always been fascinated with motivational messages and had a collection of them in a document. From a selfish place of looking for a way to lift my spirits, I began sharing messages I needed to see and read on Twitter. In a short time I was receiving hundreds of notices a day about someone ‘Retweeting’, ‘Favoriting’ or ‘Commenting’ on one of my Tweets.

The messages I shared as an attempt to help myself were actually making an impact on the lives of countless others across the Twitterverse. This was an eye opener for me in many ways. People did not necessarily see the intent of why I shared the message. They only saw the message. In some way, it was reverent to them at that moment to take some type of action via Twitter, or hopefully applied the lesson from the message to their lives. Also, people were looking for motivation and inspiration, and found me to be that source of light into their world on a daily basis.

My sense of social responsibility began to grow. When I missed a day or two of tweeting, several of my followers wrote to me asking if I was alright and that they missed the messages I was sharing. These responses taught me a deeper lesson for Zig Ziglar’s great quote, “People often say that motivation doesn’t last. Well, neither does bathing – that’s why we recommend it daily.”

People were flocking to follow me on Twitter by hundreds per day, many to get their motivational bath from me, which was a huge boost to my low self-esteem at the time. One of the lessons I try to share with clients and audiences is that in any form of networking, on or offline, it is vital to remember that you will never do business with everyone you meet.  More important, realize that everyone you meet is the Gatekeeper for everyone they know.

When we are attentive to the needs of our followers they all have the potential to become ambassadors for us to their communities, increasing our reach in ways never imagined before. 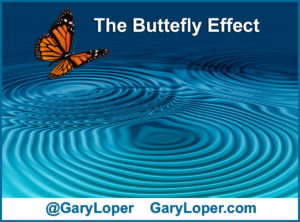 Another factor that emerged from my study of Twitter is the Butterfly Effect. The Butterfly Effect has been explained that when a Butterfly flaps its wings on one side of the earth, a Tsunami will happen on the other side. A more science-based explanation – a small change at one place can result in large differences in a later state.

What effect have you made on Twitter? Are you attentive to the needs of your followers?

Need help with how to be effective on Twitter? Schedule some time to discuss your plan to be an effective tweeter.