As a Twitter expert, I primarily encourage others to become actively involved in Twitter’s online social networking service. My primary reason is that Twitter can be so much more than a social or selling platform. It is an opportunity to make a positive impact in the world, and to serve those who may never invest in our products or services. Shift the focus to – how can you serve people and empower them. At a future date, if people do business with you, it will be based on this rule: “All things being equal, people will do business with, and refer business to, those people they know, like and trust.” So, the first rule is to build rapport and trust.

There is a new site, a free social media platform called Tsū (pronounced Sue). It is fast growing, and the whole culture is about sharing,
a personal philosophy I strongly embrace throughout my teachings.
Right now, it is by invitation only, so I invite you to sign up here. 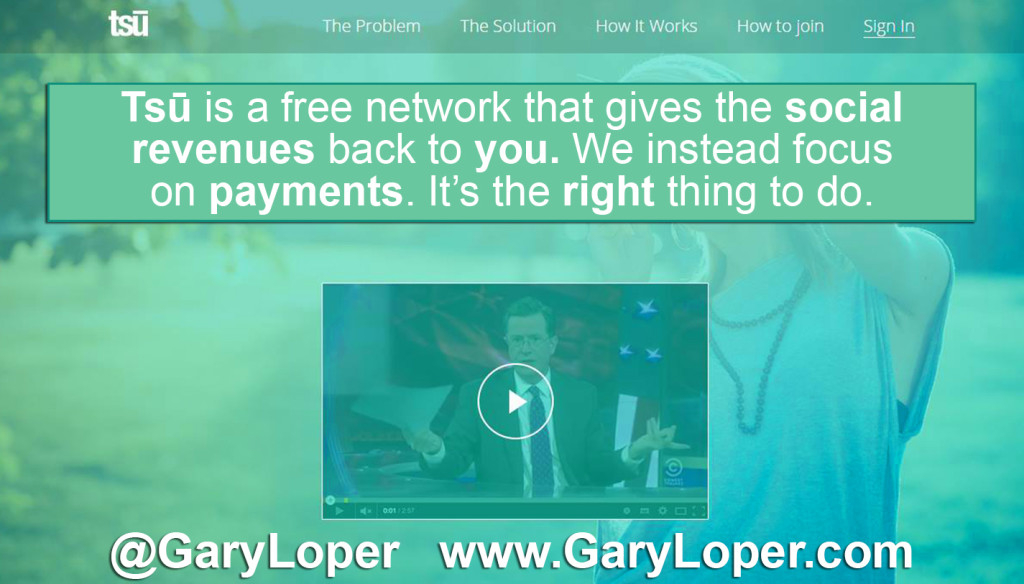 Tsū has an incredible system, you can monetize your social content. They have an incentive where they give back their advertising money to the users, those that are helping to spread the messages. Tsū rewards social activity for all users. You can share photos, videos and content with your friends and followers. Tsū’s philosophy… “We believe in quality content, real ownership, and the value of one’s own network. We recognize members for their likeness, image and content. Our content creators earn fair value for all the social things they already do.”

The Tsū culture is all about sharing, liking and communicating with one another. It is wide open. Tsū went from 2 million people in less than 2 months. Whereas, Facebook took 18 months to achieve that milestone.

What makes Tsū special? It is very similar to Facebook and Twitter, but the primary goal is to share and like each other’s ‘stuff’. On Facebook there has been a shift in Facebook’s etiquette. If you ‘like’ a number of people that would state that you are using it incorrectly and shut you down for 2 weeks.

The culture on Tsū is simple: share it with other people, comment other people’s ‘stuff’ and get rewarded for it. It is very similar to Twitter in the sense that there are more conversations. Tsū will be a great replacement to Facebook, or at least challenge Facebook usage. I know it has dramatically cut down my Facebook usage to a quarter of my daily activity.

Remember Tsū is strictly by invitation only. I invite you to sign up here.