It’s been a little over a week, and I am still buzzing from all the electricity we generated with the party and how much we lit up the Twitterverse for the entire day. 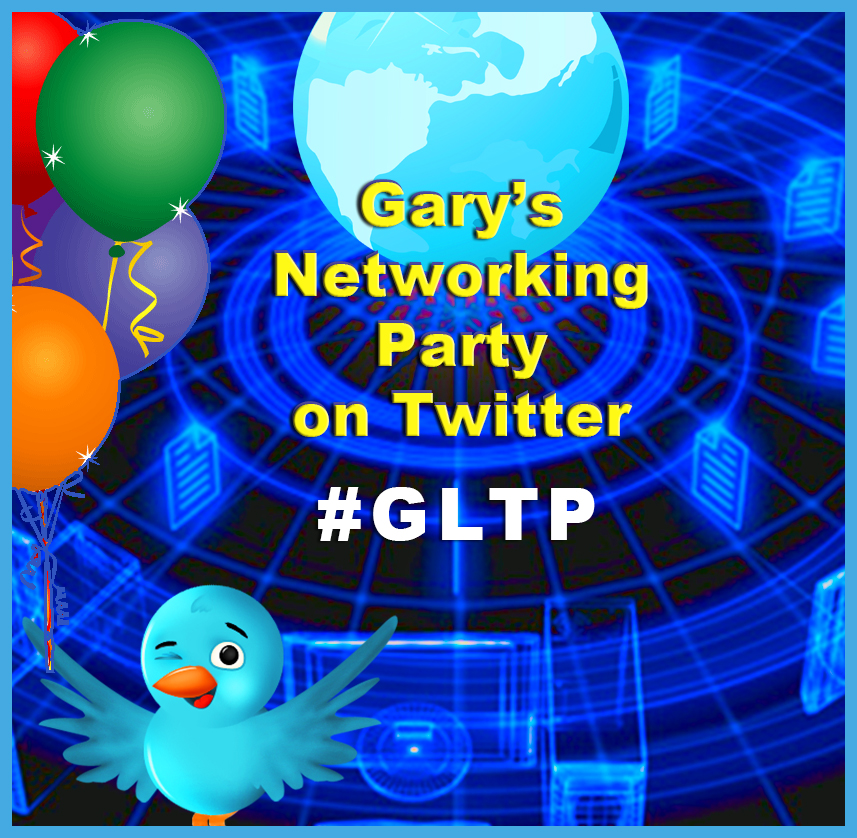 There were so many great connections and heartfelt comments of how much everyone enjoyed the event, it really touched my heart.   When I started planning the GLTP I did not have a vision past the one-day event, as a ‘thank you’ for all the tremendous support I have received in my years on Twitter.  But, as the party became such a massive hit and the #1 trending topic on all of Twitter for more than 10 hours, I began to realize that I may have discovered something that many people were in search of . . . A networking party on Twitter.

I am announcing that The #GLTP [formerly #GaryLoperTwitterParty] will become a twice a month event beginning in October.  There will be two events: #1 on the First Saturday of the Month beginning at 12 pm ET, and #2 will be on the Third Wednesday of the Month starting at 5 pm ET.  Both parties are scheduled for 3 hours, but unlike many other establishments – you will not have to leave after the party is over.  In fact people staying, they engaged in the conversations & continued RTing great tweets and kept us trending 5 hours after the Q&A had completed.

The reason for two parties was prompted from a large number of people who expressed regrets for not attending because of standing commitments on Saturdays, and the 12 pm ET start was the middle of the night for them across the globe.

Please refer back to these blog posts for tips on how to have the best Twitter Party experience:

Block the time on your calendar to make sure you don’t miss the next #GLTP.  Here are the upcoming dates:

Let’s keep the #GLTP [formerly #GaryLoperTwitterParty] rolling, help others increase the audience, lists, and discover relationships that can help bring them stratospheric success in all things.

Next post: Does Your Marketing Efforts Need a Boost?