A Tribute To Rosa Parks 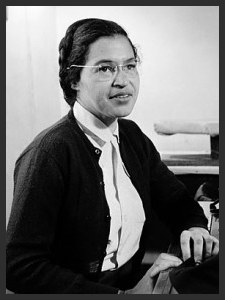 Rosa Parks was an extraordinary and remarkable woman for her times.  She had the gusto, wit and persistence to outwardly speak against blatant ignorance. Rosa protested in opposition to a direct order from a bus driver to give up her seat to a white passenger. Her boldness and defiance was an important aspect to the movement of desegregation, inspiring the Montgomery Bus Boycott.

Rosa Park’s life and message has been portrayed in media, both in movies and books. Her book written in 1992, “Rosa Parks: My Story “, written for young readers, was a detailed passage of her life leading up to the decision not to give up her seat. Later in 1995, she published “Quiet Strength”, which focused on her hope, faith
and beliefs. 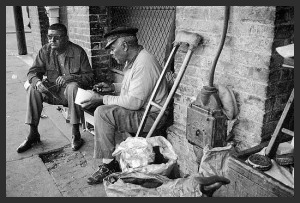 Another book that forever affected my view of human behavior, ­“Black Like Me’”, was written by journalist, John Howard Griffin. He altered my perceptions of how people treat people. His six-week journey catalogued his experiences in 1959, portraying the ever present challenges of what
African-American people faced during those times in their daily encounters. It was poignant and captivating because John Howard Griffin was a white man. Through the assistance of a doctor, he artificially darkened his skin. Rather than simply go through the process of interviewing people, he wanted the experience of social injustices to be firsthand.

It is difficult to fathom that such hateful prejudices, demeaning actions existed. Today ‘outward’ behaviors have changed, a tremendous shift towards fairness and decency; yet, unfortunately bigotry, intolerance, narrow-mindedness towards our differences still exists.

It is intolerable and unthinkable that even after 63 years, some of the same issues still exist today. Rosa Parks was a maverick in her own time paving the way to change. Incredibly so, still in today’s times, African-Americans are treated differently in our society. Like Rosa Parks we should not stand for any injustices. As Martin Luther King, Jr. so eloquently put . . .

“Our lives begin to end the day we become silent about things
that matter.”

“Injustice anywhere is a threat to justice everywhere.”

“The time is always right to do what is right.”

Let’s make a difference, celebrate each other, and pave the way to a better world!

As a tribute to Rosa Parks, John Howard Griffin and many others who continue to make a difference, imagine there are no differences, ‘Imagine there’s no countries’.