How To Get More Twitter Followers: Build Your Audience And Spread Your Message

When it comes to my own Twitter feed, Gary is a guy who’s constantly on my radar. It’s very seldom that I log into Twitter without seeing Gary’s messages popping up somewhere in my Twitter feed. So, when I was thinking of dedicating an episode of my show on how to get more Twitter followers, the obvious choice for me, was to reach out and connect with someone that I knew myself on Twitter and someone who looks like they know what they are doing.

At the time of producing this episode, Gary has over 135,000 Twitter followers, so I know he’s doing something right. I messaged him and asked if he’d mind coming on my show and telling you and I exactly how he managed to grow his Twitter following. I asked him if he could share with us the exact steps he took to go from zero to 100,000 followers and beyond. He was more than happy to be interviewed, so I was super excited to put this episode together.

Twitter is an excellent tool for getting your message out to the masses. Regardless of what type of business you’re in, you should seriously consider adding Twitter to your social media mix, if you’re not already using it. If you are, then learning how to harness the full power of it and taking your marketing efforts to the next level should be your primary goal and focus. 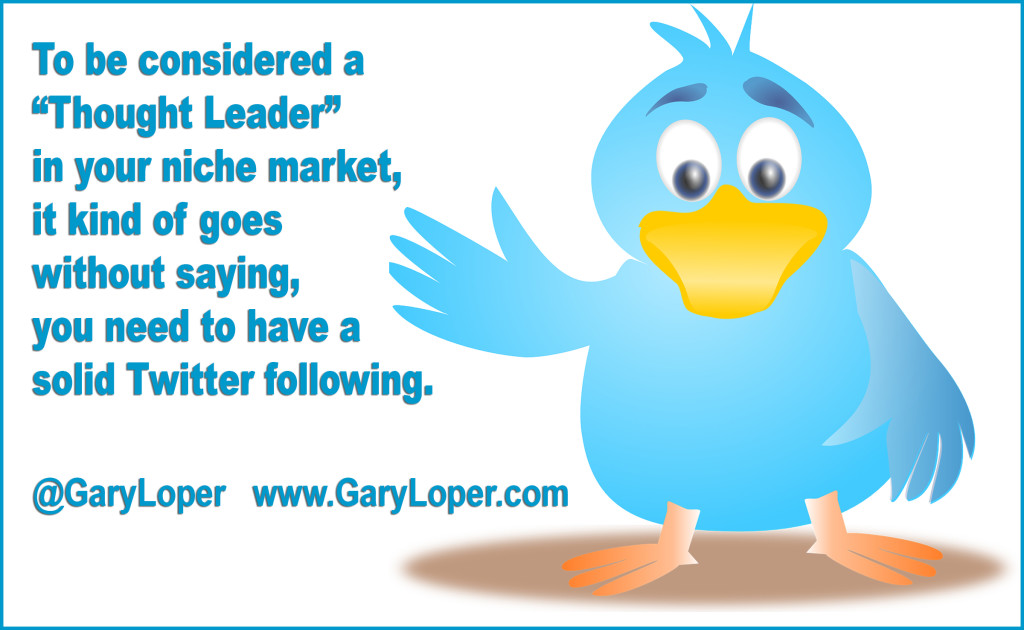 To be considered a “Thought Leader” in your niche market, it kind of goes without saying, you need to have a solid Twitter following. Let’s face it; if you want to be perceived as the expert “go-to person” in any market, then it would stand to reason that you would more than likely have a fairly large following. Others want to hear what you have to say, see the information you’re putting out and would generally want to be around you and follow your advice. You certainly couldn’t call yourself a social media marketing expert if you’ve only got 150 followers on Twitter! (yet many do!) Your social media following works as a two edged sword. Firstly, you need the following so that you have a hungry crowd of buyers, ready to give you money for your products and services. Secondly, you need to have a large following, as this works as your silent credibility builder. Someone with tens, or even hundreds of thousands of followers must be great – how else would so many people be following them?

Today, Gary Loper (whom I reached out to, because to me, he appeared great in my Twitter world, due to his massive following as well as his constant daily activities on Twitter) is going to help you to build your Twitter following. He’s going to explain how to get more Twitter followers and how you can monetize those followers. He’s also going to tell us the exact steps he took to go from Zero to over 100,000 of his own followers. 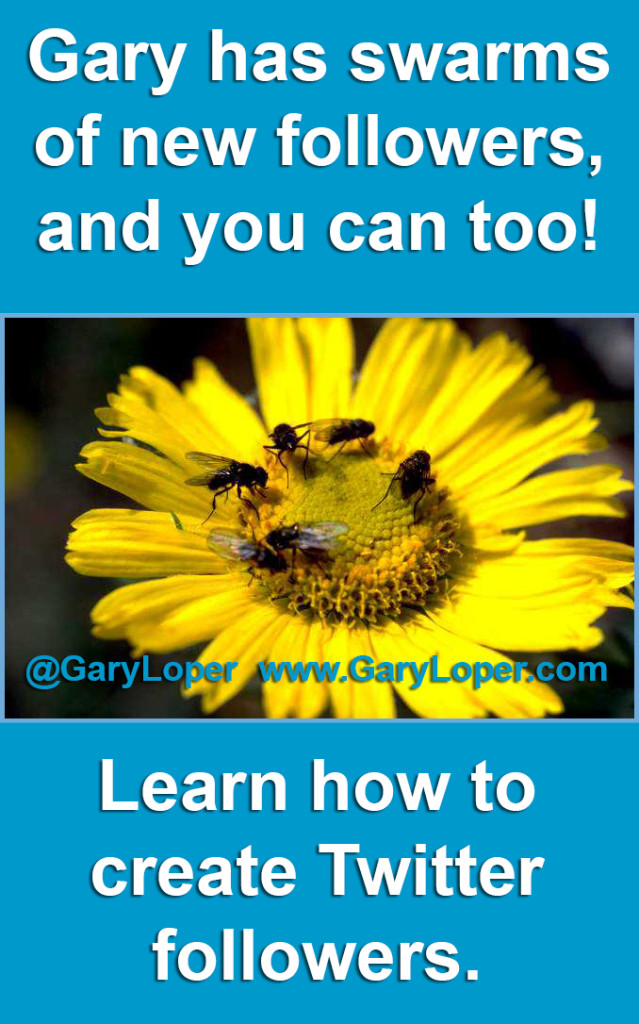 Gary never started out thinking he would be a Twitter expert. Back in 1995, things were crazy in his life. He was having issues at work and was going through a second divorce. His grandma was diagnosed with cancer and his life was spiraling downward. He was at a point where he knew he needed to take some time out to think. To try to get some perspective back. So for the first time in his life, Gary did something spontaneous; He jumped on a cruise ship. On-board, he met a lot of folks from a network marketing company, who were on the ship doing some extended training. Gary made a lot of friends and connections during the cruise and new opportunities opened up for him.

Gary didn’t really appreciate the power of Twitter until about 2008, when he started tweeting inspirational quotes to a small handful of his friends, connections and Twitter followers. People started responding, retweeting, questioning, and commenting on his motivational quotes. This is when he came up with the idea of “using Twitter as a vehicle for coaching and being able to create a positive impact in the world”. So he has continued on this journey. Today he is one of the most popular Twitter gurus and is well known among his followers for his relationship marketing strategies. He helps people to connect and use Twitter to make new friends, and to reach around the world.

Your time is precious. To be highly engaged in building your Twitter persona, a consistent presence is necessary. One of our clients regained more than 20 hours a month when we began to manage their account. Check out my service, Tweet 4 You: Twitter Management Posting Program.