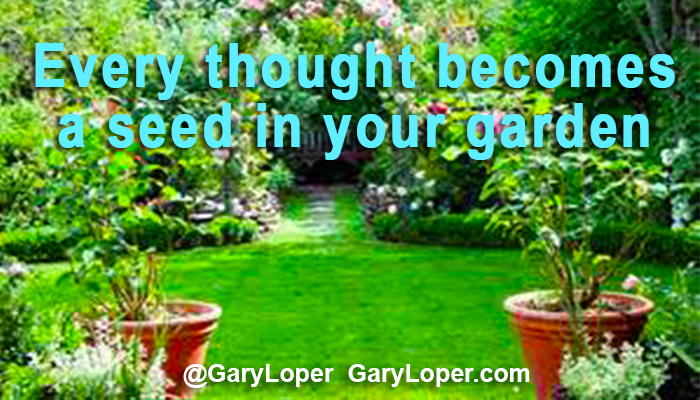 Every thought becomes a seed in your garden. With clear intention choose
what you wish to harvest. Work to prepare the soil, cover the seeds and allow
the gestation period to mature. Soon new life will burst from the ground,
one that you helped to create.

In the planting of an idea, the process is the same:

When we plant our seeds in a solid foundation, no amount of huffing and puffing from the big, bad wolves will shake our foundation.

You may be interested in listening to Gary’s interview: “Learn from People Who Are Already Successful”. Gary was interviewed by Neil Ball on The Entrepreneur Way, the podcast show with successful entrepreneurs.

Some Topics That Were Covered:

“Self-confidence . . . not realizing what I knew, what I had to say, who was going to listen. But, I think where it made a turn for me was several years later on, after listening to a lot of webinars from other twitter experts, I realized how much I knew compared to what they were sharing, so that probably was one of the biggest hurdles that I had, being able to accept my gifts and standing up for that” . . .
Listen for More.

Comments on this entry are closed.