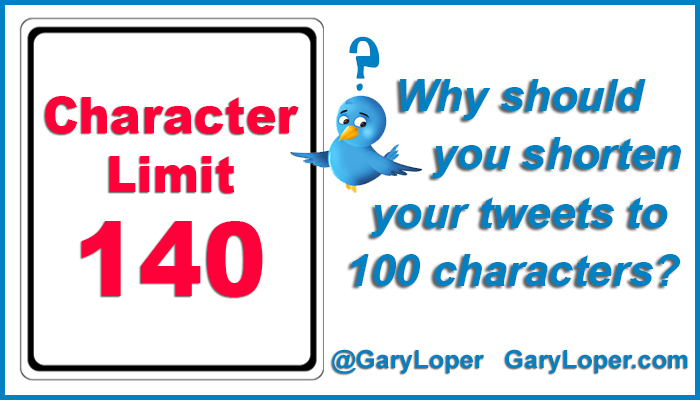 During Twitter chats or parties I have noticed that when I attempted to Retweet (RT) many of the attendee’s tweets, I needed to edit the tweet to make it fit within the 140 character limit. Many times I could not RT a tweet because of the length of the tweet and the time it would have taken to shorten it. Consequently, a number of tweets were not shared because they were just too long. With the speed of a Twitter chat, it was not possible to edit on the fly. Although it was great enough to catch my attention, the message was not shared by me or other attendees. 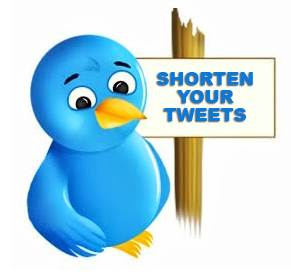 There are a couple of unique factors to consider when tweeting at Twitter chats or parties. The length of the hashtag must be kept in mind as well as any URLs you are sharing. For example, with a long hashtag and URL – let’s say, 20 characters, you have even less characters to share the rest of your message.

Brevity will become your best friend on Twitter, eliminating non-essentials words to convey your message in an eye catching headline. Another option is to create a multi-part tweet reply to the question. For example, if you answer Q11 and need more than 100 characters to share your message, you can create a two part response. Your two part response would look like this:

When answering questions remember it is important to respond with the same rules as you would offline. You are representing yourself and your company. Your audience values and welcomes genuine communication.

Also, keep in mind Tweople love to RT valuable insights and information, motivational and inspirational messages. Be sure to add that additional value.

Giving a little extra thought in composing your Twitter chat tweets will make it so much easier for others to RT them, thus expanding the potential audience of your message and business.

You may want to listen to Gary’s interview with Linzi Levinson, host of Illuminating Now! Linzi’s Life Secrets on how Twitter Can Be the Key to Your Total Success!